There’s no doubt that one needs to have an understanding of the bias inherent in a given media platform as part of interpreting the news from that platform. It’s very clear that the polarization of politics south of the border are clearly evident in the various news outlets there. I wondered if there was a comparable diagram for Canada, and so I googled “media bias Canada Canadian chart” and discovered a number of interesting things by rooting through the search results. 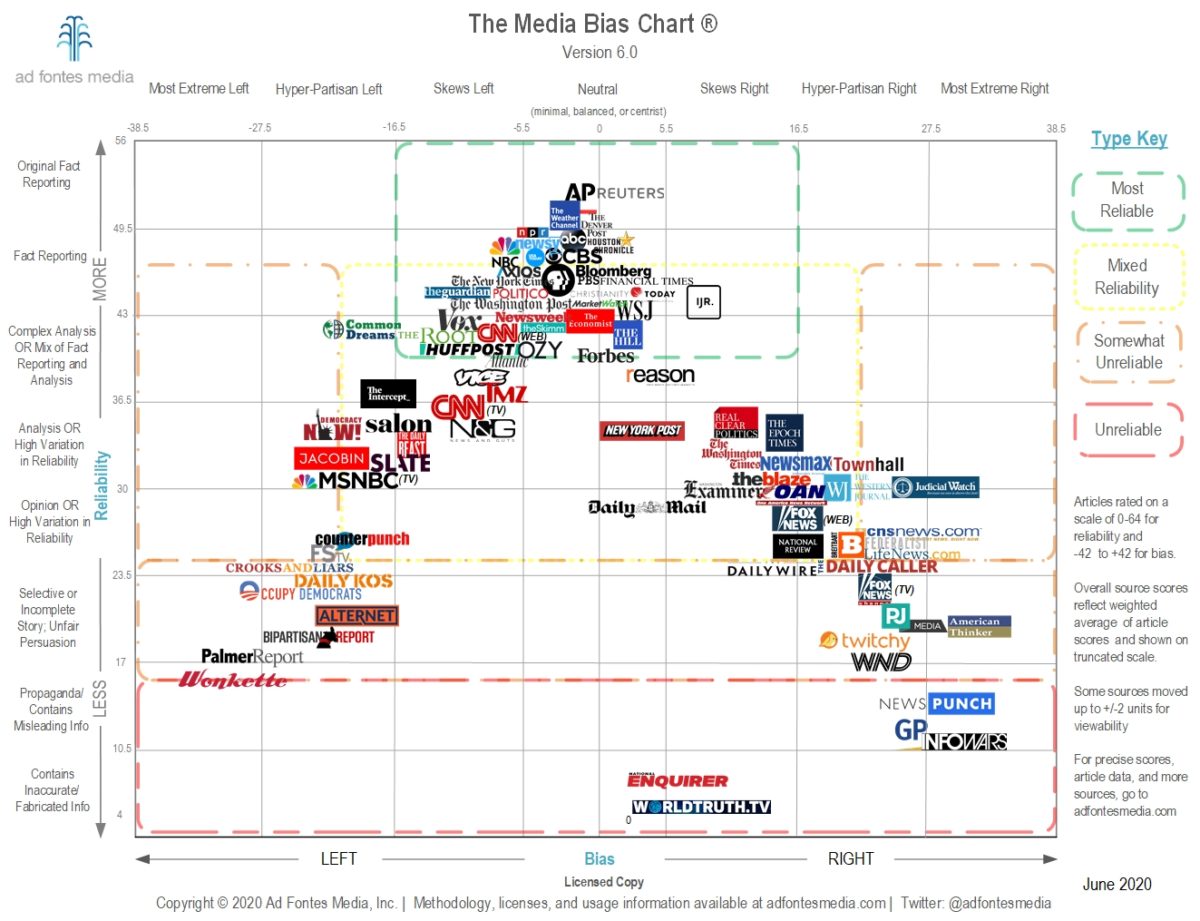 There is an updated version 6.0 (June 2020) of the Ad Fontes Media chart you have shared. It appears to incorporate even more media, but is navigable in the version 5.0 interactive form.

The Canadian Encyclopedia has a very nice article about the kinds of bias that can appear in the media, with examples from Canadian contexts.

I did come across a “bias chart” of Canadian news media, posted on Twitter, however based on the attached tweet and other information surrounding the tweet, I question whether it is based on objective data or whether it actually represents a bias inherent in the poster/artist who created it?

Is there bias inherent in the following representation of the bias in Canadian media? There is no attached data or cited source to support this image. 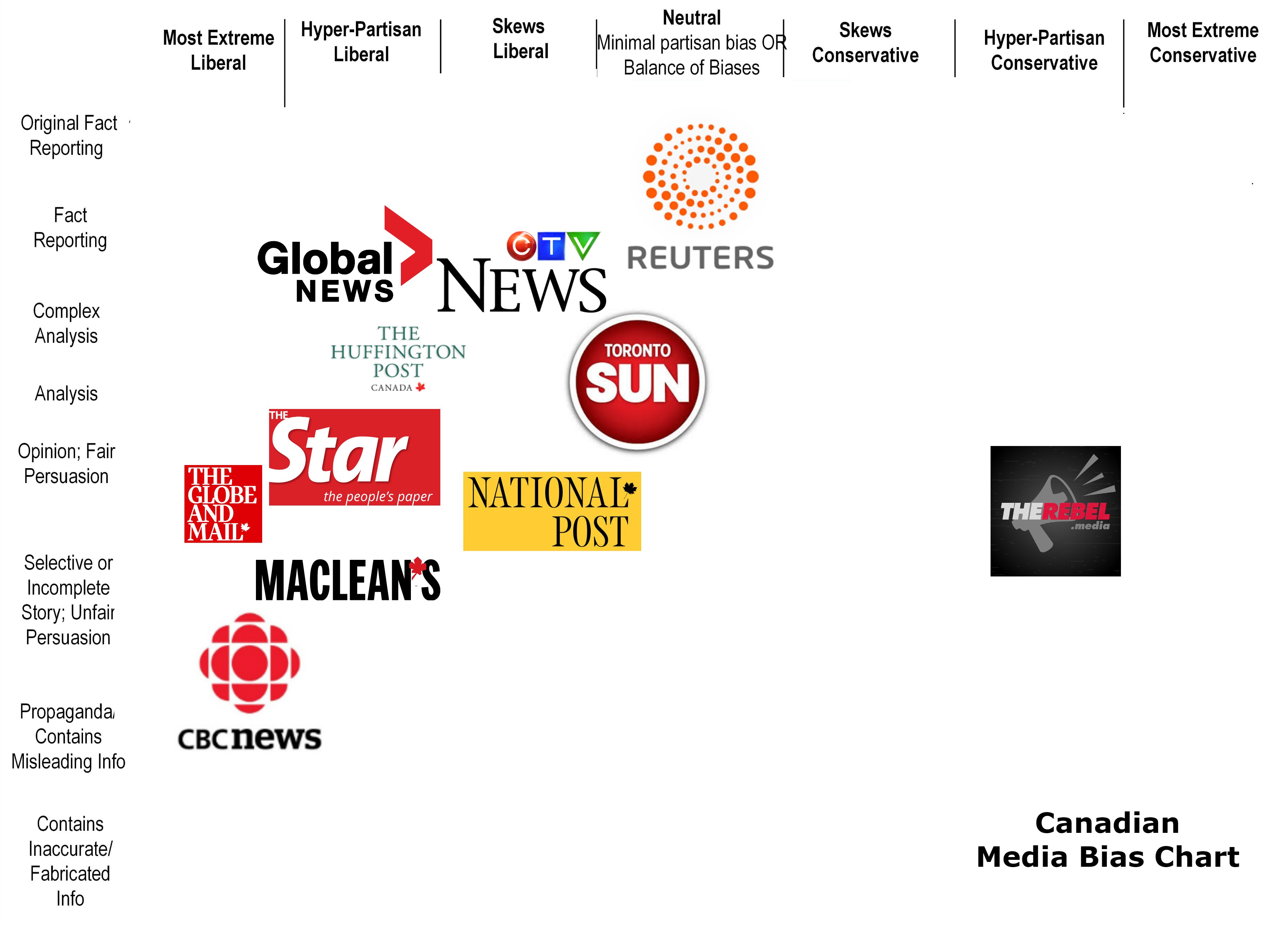 What do you think?
How would you go about assessing the validity of this representation?

It would be interesting to know if Ad Fontes Media has data to support the verification (or creation) of a Canadian Media Bias Map.