Skip to content
Home » Leadership » How About a Little Social Media for Your Learning?

This weekend, a number of Ontario educators active in the sphere of social media will be gathering in Toronto to converse about the role of social media in learning and in schools, courtesy of Pearson Canada.

Many of the participants are already known to one another through online interactions via social networks such as Twitter, Facebook, and Google Plus, and have had opportunities become familiar with the works of one another via blogs, online webinars, and other mediated means. But a significant number have also had the oh-so-familiar experience of meeting for the first time face-to-face, and in many cases have been gathering periodically in recent years at events like the OTF Teaching and Learning in the 21st Century conferences, the annual ECOO Conference (#ecoo13 bringITtogether.ca) or Minds on Media events, or get-togethers like the Google Apps for Education Ontario Summit, held this past Saturday and Sunday in Kitchener, Ontario. 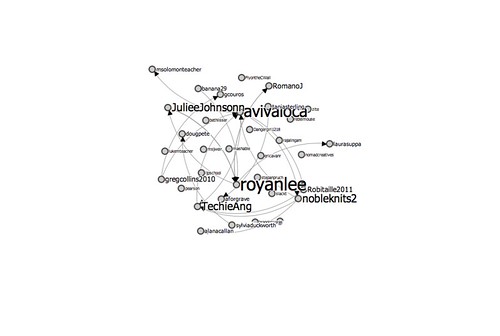 Courtesy of the Martin Hawksey (@mhawksey) TAGS5 google script code, the tweets are being captured now and will be available as an archive after the event. There’s always lots of goodness in the raw feed. But I’m also hoping to tap into an online webinar that Martin is offering tomorrow, where he will be sharing some of his experience in unpacking the interactions stored within such collections of data — perhaps I’ll be able to share some insights coming out of this collection — in addition to insights that will no doubt come from the experience itself.

You know, the stuff that goes on in the interaction space between the tweets …

One thought on “How About a Little Social Media for Your Learning?”